Kylie gets Chiggy Wiggy with Bollywood

First there was Chris Patten's (The Tory MP and Governor of Hong Kong) daughter starring in Bollywood fillums, then Snoop helped out on the soundtrack for Singh Is King last year, now Kylie's on it too. Sly Stallone and Brandon Routh are still to come.

Unfortunately Chiggy Wiggy is a bit crap, but it's nevertheless interesting to note how aware of contemporary music trends Bollywood is - Singh Is King is largely a reggaeton and hip hop soundtrack. And that's half the problem for underground music - whether it's electronic or hip hop - in India. Bollywood just takes over and eats up any emerging scene.
at 09:37

My piece on funky as the sound of this year's Carnival, which appeared in Metro today. I thought it was running tomorrow, oops. Here's the three choons flagged up in the piece - Metro should get with the programme and be putting these videos up on online to accompany the story, innit.

Notting Hill 2009 is getting funky

Notting Hill will shake to a new sound this weekend

Funky' is the latest emerging sound of young London, and its rousing combination of sweet vocals, gyrating rhythms and throbbing bass is set to dominate sound systems at Notting Hill Carnival this bank holiday weekend.

Leading producer Donaeo describes funky as a 'mixture of house, grime and garage'.


Having bubbled underground for a couple of years, it's now approaching the mainstream tipping point: footballers have been recreating funky 'skanks' (dance moves) as goal celebrations and it's just a matter of time before funky gatecrashes grime-pop's Top Ten party.

You're sure to hear funky's crossover contenders at Carnival: Crazy Cousinz's It's That Funky is a prime example with its Cameo sample, spiralling Afropercussion and MC Versatile's jovial chat; Meleka's bumping funky/r'n'b Go (produced by Crazy Cousinz) is also a contender; and Attacca Pesante's giddy Make It Funky For Me has been snapped up by iconic producer Shy FX.

Fifteen years ago, jungle ruled Carnival thanks to Shy FX & UK Apache's anthem Original Nuttah. Why did Shy, who is synonymous with that sound, sign Make It Funky For Me? 'It's a track I love and fits with what my label's about – good dance music. It's like in the early jungle days where a good record stood up on its own qualities,' he explains.

'I don't predict where funky is going as a scene; as soon as you do see that, it's over. It's the same as how jungle was when it started and where dubstep is now: destination unknown.'

Funky is already capturing imaginations beyond Britain, as demonstrated by the international schedules of its exponents, such as Crazy Cousinz.

It has also been seized on by Jamaican dancehall artists who are 'voicing' their own versions – earlier this month, Gabriel Myddelton's The Heatwave night flagged up this crossover at Fabric.

'I first heard funky two years ago; its soca drum patterns are similar to dancehall. At first I was noticing the similarities, now the two are cross-pollinating,' explains Myddelton enthusiastically.

'Jamaican producers and artists are hearing funky and are really into it. It's been a long time since a UK sound has been picked up in Jamaica – I'm sending artists tracks to do special versions and voice tracks. Natalie Storm has voiced a track by Crazy Cousinz, Aidonia has jumped on Crazy Cousinz's Inflation Instrumental and MC Chi Ching Ching freestyled over Donaeo's Party Hard.'

In Britain, funky is also developing a similar 'bashment house' strand, as British vocalists with a ragga style such as Ms Dynamite, Nolay and Serocee collaborate with producers Geeneus, Zinc and MJ Cole respectively.

It all adds up to a healthy, broad-ranging scene offering something for everyone, whether it's carefree radio-friendly songs, hard percussive funk or fiery bashment house.

Doneao sees funky as a continuation of a fine British tradition in dance music: 'It's British history – we've always been into dance music: the acid scene was massive, people used to hijack forests for raves; when jungle and d'n'b came out, people were on that; garage was a phenomenon; and it's same with dubstep and grime,' he explains.

'Like life, everything changes. So does music, it grows and evolves – it's one big circle and I don't think it will ever stop.' Long may this circle of sounds continue, with Carnival as its ghetto blaster.

Crazy Cousinz's single It's That Funky (Asylum) is out in September.
Attacca Pesante's Make It Funky For Me (Digital Soundboy) and Doneao's LP Party Hard (My Ish) are out now.

Winners of India's Got Talent


Wow. The Prince Dance Group won India's Got Talent yesterday with a performance that's Bollywood meets Mahabharat (Hindus equivalent of the bible) meets MTV. Frankly it's a bit weird but it's worth noting these guys come from Behrampore in Orissa, one of India's most depressed and poorest regions. Or 'backwards' as one Indian newspaper put it - looks like the PC brigade has yet to reach India.
at 11:06

Make It Funky For Me out on Digital Soundboy

This choon's been around for time. It's a banger still. Here's the interesting bit, it's coming out on Shy FX's Digital Soundboy label. And man like Shy FX knows nuff about music, innit. Sorry for weird speak, that's what you get when you work around South London teens day in day out.
at 17:32 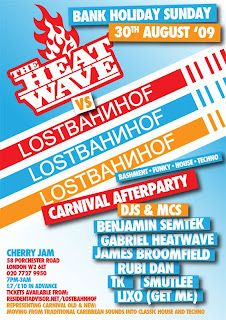 Rubi Dan has recorded a UK bashment vocal on a house track by Lostbahnhof which The Heatwave is giving away to promote the night here
at 18:37

Yes it's cheese and pop-tastic but any tune sampling Cameo is genius in my book. Guaranteed to go Top 10. If not higher. Can't deny Crazy Cousinz are pretty sick producers.
at 12:04

Jaime Jones' newish choon. He's an ace DJ and lovely guy to boot. Good to see dance music making videos... out on crosstownrebels.com the label of Damien Lazarus who put out Riz MC's People Like People. Don'tcha just love a bit of eclecticism.
at 11:05 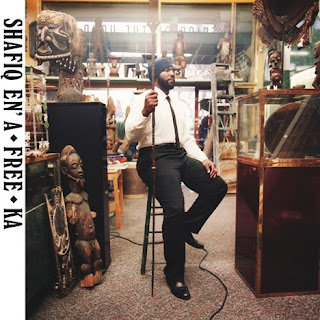 New Fr3e track/video - I Got My Beads On

Urban's love affair with electro continues. How long will it last? My wager is not beyond the first quarter of 2010.

Following the release of explosive promo singles 'Ransom' (over 100,000 you tube hits in under two weeks) and Toddla T produced 'Who Wants To Be A Millionaire' Bashy returns with his first official single 'Your Wish' featuring soon to be super star H Boogie!

“Bashy has the beats & flow to match the ferocity of his commentary” – TIME OUT
“there are few that can keep up with bash bosh right now” – I.D
“cements his position as one of the UK’s most talented lyricists” – RWD
“a new swagger has appeared in grime” – THE WIRE
“his ascent to the mainstream continues” – MUSIC WEEK
“Catch Me If You Can is full of startlingly sharp lyrics” – THE GUARDIAN
“a new notable talent & a fresh voice from the London streets” – CLASH

…'Your Wish' offers up another side to the Kensal Rise commentator. Delivering a electro fused pop banger that ms boogie and bish bash bosh bounce back and forth on trading an oral power struggle that is as lucid and sonically pleasing as anything Sonny and Cher ever delivered.

Expect to hear this all over the radio this summer. In fact by the time the promo’s had hit our offices it had already been added to the BBC 1xtra playlist!!

One question - what do you call it??? House-step? This is so so so heavy. Out on the ever impressive Hotflush Recordings here
at 10:12